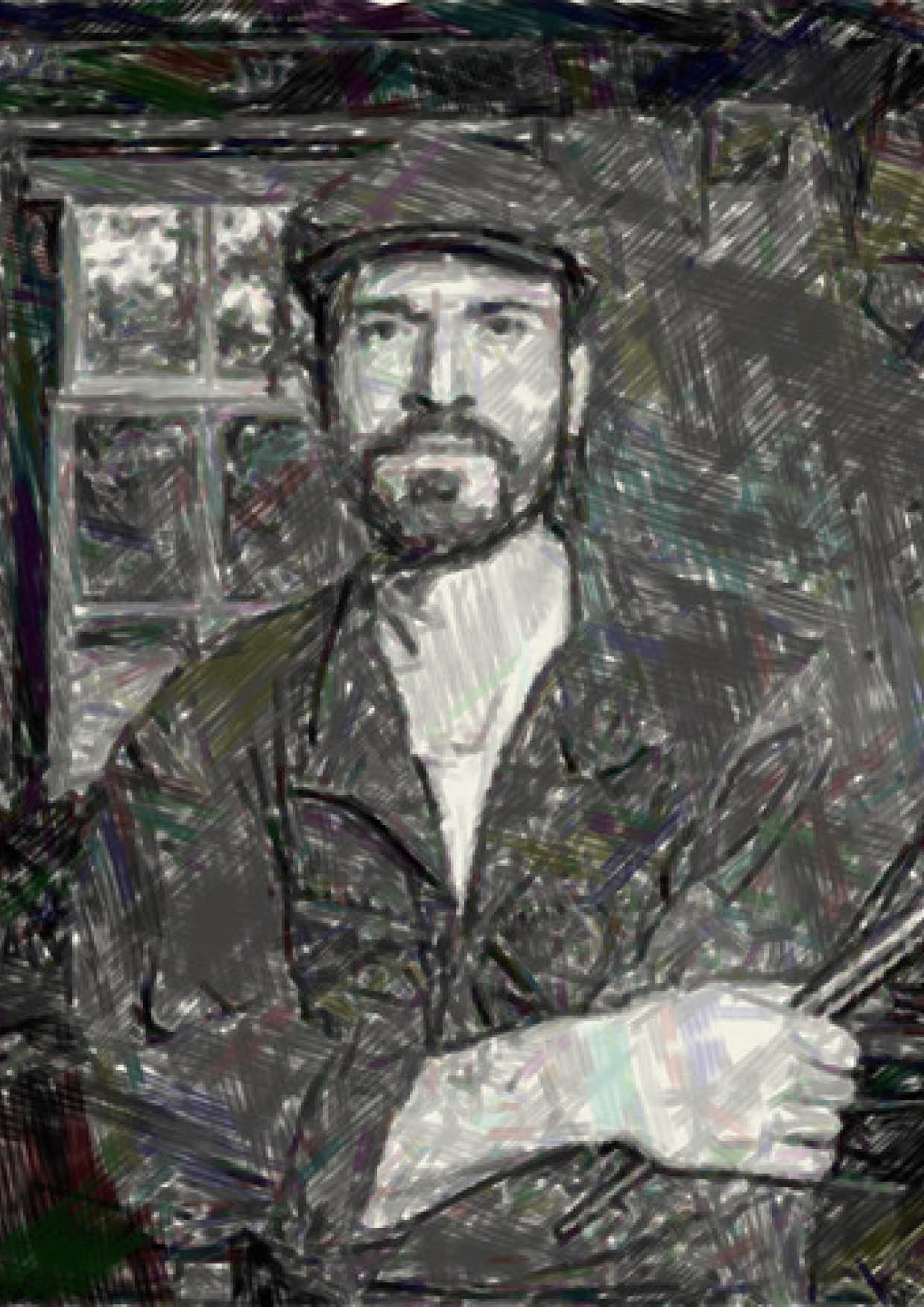 After his education at the Academy of Arts in Maastricht, Berend Boorsma (1977) first made the choice to follow his other passion: making movies. In 2010, After a successful career as a director of feature films and of various commercials he decided to take up painting again.

Boorsma made his remarkable debut in 2015 with the solo exhibition ‘Against the Beat’ which was well perceived and was sold-out almost completely. His semi-abstract geometric objects are subtly folded or stacked and seem to float in the air. With this specific form language, Boorsma’s work is reminiscent of that of cubists and expressionists, to painters such as Fernand Léger and Paul Klee.

‘Folding Views’ was his second solo exhibition and shows work that Boorsma made between 2015 and 2018. The new works have the same visual language, but in a simplified version. As a result, the paintings breathe peace and depth. His architectural shapes still have a certain robustness, but at the same time something soft and warm. The compositions are more simple in design, but rich in atmosphere due to the harmonious use of color and the nuances in the texture. By a balanced play of light and shadow the painted objects seem to hoover above the canvas. The colours are washed-out and have lost their loudness and show that they have withstood the tooth of time. That gives the images something soft and fragile.

His method is still the same: he folds coloured paper in all sorts of forms, arranges them in a certain setting and carefully observes the light. By painting it he abstracts the fold, but that remains his starting point. His paintings have something mystical and that is due to the symbolism of the fold: it can be open and closed, keep the secrets or reveal them. But it can also give you the idea that you get a look behind the scenes, or, as he says himself: catch a glimpse of nature.